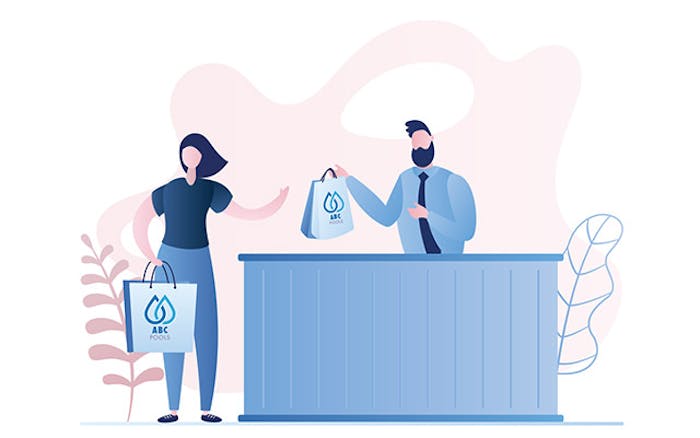 For consumers today, the shopping experience is no longer solely about getting what you want, but how fast — and easily — you can get it.

This convenience-first movement, pioneered by Amazon Prime’s two-day delivery (which is now rapidly expanding to overnight and even same-day delivery) has pushed big-box retailers to respond with similar options. Target, for example, is heavily leaning on in-store and curbside pickup programs to prop up its e-commerce efforts, and it’s working: In 2018, Target’s in-store and curbside pickup services surged 60% year over year in November and December and accounted account for 25% of the company’s total sales during the same period. Walmart has its own in-store pickup and drive-up pickup services, and is even toying with a grocery service that delivers and even unpacks your food for you.

According to a 2018 survey by Kibo, a cloud-based omnichannel commerce platform, 67% of American shoppers have used buy-online-pickup-in-store (BOPIS) services over the past six months, meaning it’s no longer a mere trend — it’s an expectation.

But where do specialty retailers fit in? In the hunt for a frictionless shopping experience, can pool and spa retailers follow their big-box competition with BOPIS options of their own? Below, three retailers share their thoughts on BOPIS, why they’ve embraced it and advice for others who might want to create programs of their own.

That’s going to change this coming pool season as All Seasons is set to launch a designated pick-up station in the store with shelving, signage and eye-catching, branded labels. Giving the service a physical presence in the showroom and visually drawing attention to it, Lenz says, will hopefully send a powerful message to the company’s existing customer base.

“Trying to work within the constraints of people’s lives is a critical thing for us,” he says. “It also shows we’re relevant, that we’re keeping up with what’s going on in the real world. And it acknowledges the fact that sometimes people don’t have time, which we respect and want to help with.”

In addition to customer retention, the All Seasons team expects its new BOPIS station to lure in new customers as well.

“Really, the bulk of our shoppers are 5-7 miles from our location,” Lenz says. “There are an awful lot of pool stores around us beyond that. So if there are people who come in and stock up at one of our events and then go to the closest guy after that, hopefully seeing this shelf will make them think, ‘Oh jeez, I can just go online and order it like I would anything else on Amazon. That’s pretty easy.’”

From a logistical standpoint, Lenz has learned BOPIS has some pros and cons. On the pro side: Customers who buy online also pay online, and fewer in-person payment transactions means shorter lines for in-store customers as well as time saved for retail staff. Online orders also generate passive work that employees can tackle when time allows, for example, picking orders and assembling them for the pickup area.

Currently, there’s one significant downside: The POS platform All Seasons uses cannot interface with the company’s online store, meaning any order placed online must be replicated in the POS system in order to maintain accurate inventory.

“It’s unfortunate. If orders end up picking up to a certain level, we’ll have to change how we do things,” Lenz says. (Note: Since this interview RB Control Systems announced a new program called RB Web Services, which is designed to fill that need.)

Despite the pain points of offering BOPIS, Lenz thinks it’s a necessity in today’s retail environment.

“The bottom line is that Walmart sells pool chemicals. If someone can order online at Walmart, drive up and have them throw it in their car, then we need to be able to offer that kind of service,” he says.

DesRochers Backyard Pools and Spas, a full-service firm with three locations in Northern Illinois, has also kept tabs on BOPIS programs. Last year, the company experimented with an in-store pickup program (as well as local delivery), which has since been fine-tuned into a program it plans to launch this summer.

“The idea this year is to include it in every marketing campaign and say, ‘Hey, we’re trying to make it easier for you, we still want you to shop with us, here are your options,’” says Mallory
Wachowski, retail operations manager.

In addition to in-store pickup, DesRochers is taking a cue from Walmart and Target by offering curbside pickup. To use it, customers simply order online, drive up and text the store to let staff know of their arrival. (The texting function is done with Podium, an “interaction management platform service” that allows customers to connect with a business via text, and also enables staff to communicate quickly and easily to tackle questions and comments that come in. DesRochers has a dedicated iPad to monitor incoming customer messages and questions.)

RELATED: Why Retailers Must Embrace Change

Some retailers may be concerned BOPIS programs have the potential to hurt revenue. After all, customers who go in the store and directly to the pickup station aren’t necessarily wandering the store and making additional purchases. And in the case of curbside pickup, if customers aren’t even leaving their cars to collect their goods, are you sacrificing revenue for the sake of customer convenience?

“That’s something you would definitely have to watch, but my thought is that if you’re not doing some kind of buy-online-pick-up-in-store program, you might be losing people who do want that ease of use,” Wachowski says. “My strategy is going to be, if there’s something going on in the store, like a big sale or promotion, I’ll also have it in the online store and make it pretty significant where it would be worth them adding it to their order.”

(On another reassuring note: Online orders don’t necessarily come at the expense of ancillary product sales. A study from Bell Howell found nearly half of customers made unintended purchases while picking up their online orders. Other studies suggest figures as high as 60 to 75%.)

As in the case of All Seasons, DesRochers is counting on BOPIS and curbside programs to offset any lost ancillary sales by drawing in new customers. Walmart’s Grocery Pickup service has certainly found that to be the case — between 40% and 60% of curbside sales come from new Walmart shoppers. And according to research firm Numerator, average spend grows the more customers use the service.

While you may miss out on an impulse buy here and there, Wachowski believes offering the opportunity to make shopping a little more pain-free can make a big impact.

“You have a lot of people who are just buying a little bit from you. For those people, if you could make it easier than your competitors, then it’s a win,” she says.

Like Lenz and Wachowski, Derrick Todd, owner of Aquanut Pool Care in South Carolina, considers services like BOPIS the new normal for retailers.

“Our industry is being attacked on all sides, and ‘attacked’ is really the right word for it,” he says. “From a retail standpoint, having a more convenient outlet for customers to shop online via our website and pickup at our retail store is something that a lot of customers are getting more and more comfortable with, and that means we need to do the same thing to keep up.”

While Todd is fully on board with the idea of modernizing his business, he’s running into the same obstacles many pool and spa retailers do: There just isn’t enough time, or personnel, to execute such projects. Right now, for example, he’s focusing on the prerequisite for BOPIS: opening an online store.

“We already have the domain name for the online store and all of that, we’ve had it for a couple of years, but to have a shopping cart and the plugins you need to be able to take credit card payments and calculate shipping — all of the things that people take for granted shopping online — just isn’t as easy to plug into a website,” he says. “And then you have the long and tedious process of uploading every single product that you want to sell, while making sure the descriptions, the weight, all of that is right, and that’s all after you gain the ability to sell online.”

Complicating things further is the process of vetting which products make it to the online store. Given consumer propensity to compare pricing online, Todd wants to ensure his e-store only carries goods that aren’t easily price-shopped, while also netting him the best profit.

RELATED: Retail Wisdom (From Other Retailers)

“There’s a product I carry that’s being sold online for about a dollar above my cost. I buy well over a quarter of a million dollars worth of product every year, so I have pretty good buying power and get a pretty good rate, but they’re still selling it for about a dollar over my cost,” he says. “Whereas another company has a similar product being sold online for $35, with my cost being $15. That’s much more in line with the profit margins I have to make to have a retail store that costs me $10,000 per month to keep the lights on.”

As of this writing, Todd estimates he will have an e-store up and running by February; he plans to use the slow season to catch up on building out the site. In the meantime, he has found manufacturer programs are a helpful stop-gap measure. Big Green Egg, for example, has launched a new online sales tool wherein customers can select and order their Egg and get it delivered by one of the top BGE dealers in their area. It’s a system similar to manufacturer-driven lead-generation programs, but takes things a couple steps further.

“They’re not just generating the lead, they’re taking payment. Once they take the payment, that gets shifted to me and I handle the customer from that point on,” he says. “I take my van out there with the products they ordered, set up the grill on their property and make sure they have all of the accessories they may not have purchased online.”

While he’s eager to get his online store up and running, Todd argues there is no one thing that will protect retailers from encroaching big-box stores. It takes a comprehensive approach of which BOPIS is just a part.

“Buy online/pickup in store is one piece of the puzzle, but once they get here, ancillary products and great customer service, as well as the impulse buy, is going to keep them coming back hopefully, because we have to be able to bring customers into our store.” 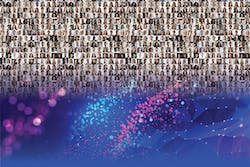 Build Your Database to Smooth Operations and Increase Sales 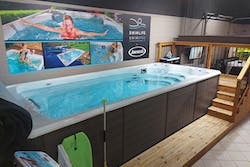 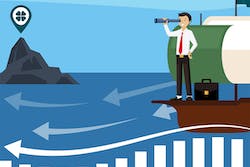 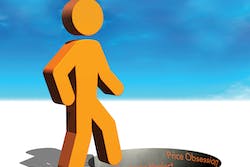