Some time ago, in the news, someone left a 17-foot long, 150-pound python on the side of the road, on the way to the local landfill, inside a box labeled, “Don’t open, big snake inside.” It always makes me laugh when I think of the person that slowly pulled back the lid and peeped inside. Also reminds me of the time I opened a skimmer lid and saw a stick inside and started to pull it out in order to get to the basket. The “stick” slithered out of my quickly releasing hand and swam out into the pool.

I can’t take off a skimmer lid without wondering what sort of monster is inside that snake pit waiting to sink its venomous fangs into my finger. Another time, while working in the backyard of a client who recently bought a new home, the client pointed at something and said, “Bob, is that a rattlesnake?... I think it’s the same one that was sunning on the pool patio last week.” Sure enough, it was a 5-foot rattlesnake creeping straight toward the old watering hole we were working on.

Even though the client has had all the low vegetation removed within 50 feet of the house, I still get the willies walking to the pool equipment room.

I gave the failed water level sensor a little tug to see if the wire was loose enough in the conduit for an easy replacement. The sensor end popped off the wire because it was corroded, that was why it didn’t work in the first place. Aw, shucks, bad luck — the wire slipped back in the conduit when it broke. Meaning, I had to get the 100-foot electrical snake and charm it through the 3/4-inch-by-80-foot conduit to pull in the new sensor wire.

Then, using a trick rattlesnake hunters use to illuminate under rocks, I took a heater inspection mirror (I miss the old Laars cork-edged type) and reflected it off the sun like a 35-octillion-lumen flashlight and could now see, quite well, the wire end was in reach of needle-nose pliers. The old wire came out with the first bite of the pliers, but only a couple of inches, then it stuck fast — dang, rolled snake eyes again, craps. Was the conduit too small, broken or incomplete, installed with four 90s, full of dirt or something worse to further poison the task?

Later, with another pair of hands feeding wire from the equipment room end and a little squirt of my favorite snake oil, WD-40, the wire slipped out far enough to attach the new. The new sensor went back inch by inch and worked. Persistence is an anti-venom.

"Shut it off,” I yelled to my new guy, who put the garden hose on the side of the pool without coiling the hose on top of the end. The hose end rose 6 feet off the ground and was swirling about like an angry green snake. At first, I wanted to be St. George and try to chop off the dragon’s head, but the hydro hydra would just grow another.

Good water pressure is great for filling pools, an empty spa and especially for washing filters, but it can be dangerous if the flailing brass hose end should strike you on the noggin or expensive if it breaks a window. I charm those well-pressured snake hoses with a PVC “fill tee.” It keeps them from whipping about. Simply press a 3/4-inch FHT by 3/4-inch spigot/street fitting into a 3/4-inch tee center, and thread it to the hose end. There’s more than one way to skin a snake.

Robert (Pool Bob) Blade operates Aloha Pool and Spa and is a 20-plus year member of the Monterey Coast IPSSA chapter, past president, Region 10 secretary and PIE Show museum curator. 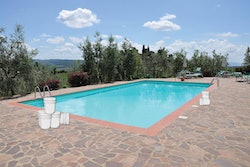 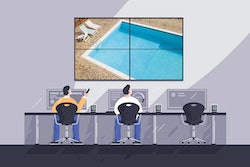 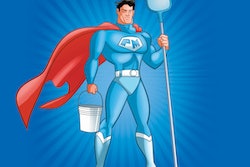 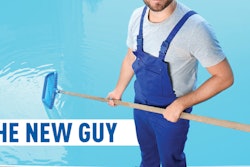