Alvaro Mendoza has been keeping the water clear (or training others to do so) in a range of commercial venues, from world-renowned theme parks to local community pools, for nearly four decades. Along with his role as president of CES, Mendoza regularly teaches classes at pool industry trade shows covering a variety of technologies and water care strategies. Few people in the industry have his length of experience, especially from the commercial perspective. AQUA caught up with him just after class in Orlando with the following challenge:

Name three technologies that have made the transition from commercial to residential, with room to grow in the next decade.

Well, things are happening in sand filtration. Of course, sand filtration has been around forever, but for years, many had misconceptions regarding it. They think of sand as a lower grade, cheaper filtration technology, and I think that perception is changing, partly because of its success in the commercial pool market.

When we teach a class, we'll sometimes get residential guys that say: "What's that, a sand filter? I'm not going to use that. Where would you use that?"

And we say, "Well, name a major theme park, or a municipal pool. That's where. You go to many of the top water parks or theme parks with extensive filtration equipment, and they're providing pristine water with sand (granular media) filtration."

And I think people in our industry are starting to realize that. What's really helping that movement is the emergence of activated filter media (glass). Good activated media can filter down to four microns and uses half the water to backwash.

That technology is drawing some attention. It's not expensive when you put pencil to it, and work it out. I think that's definitely a tailwind for sand filters going forward.

"Activated." What does that mean?

Well, brown and green glass have metal oxides in them. That's where they get the color, right? That's what protects your IPA and your wine.

If you put them through a thermal and chemical process, you give them a charge, and that helps in a couple of ways. It helps drive the catalytic reaction on the surface of the media in the presence of water and oxygen making the glass self-sterilizing, so gross stuff can't grow on it, but, most importantly,it attracts all these tiny positively charged particles of debris that are passing through the filter, helping to clump them together. Which helps the media catch finer particles.

So on commercial high-rate sand filters, they're using activated glass media? Or are they just using better sand?

Both. On many commercial (or industrial) grade filters you're required to get pre-approval to use a certain filter media. You have to send in a sample of the media, and they're going to look at both angularity and uniformity. The best media is highly angular with a high uniformity coefficient. Both help you achieve a tight filtration web, which you need for good filtration.

Sand has a number of advantages, but it's been an uphill battle to get sand recognized as an alternative in the residential market because of a bad reputation from poorly designed or installed systems.

But one more thing should be mentioned when talking about sand, and that's the hydraulics. All filters are NSF-rated for certain flow rates. And most sand filters, for example, are approved for 20 GPM per square foot by NSF, but you really don't want to run them higher than 15. So for example, with a typical 36-inch filter with 7 sq. ft. of area, best practice is to operate at 105 GPM, NOT 140 GPM as rated.

Why? Because when you operate at too high a flow rate, you're driving the dirt so deep into the filter that it doesn't fully backwash out. And that fouling accumulates in the filter over time, and it gets bigger — too big to backwash out. We've also seen it provide a drag on the ORP of the pool.

Backwash flow rate is important too, because you need to backwash that stuff out. So, if your backwash hydraulics are inadequate or the multiport valve is too restrictive to pass enough flow to properly backwash the filter, that will aggravate the issue.

OK, sand filters. What else?

Chemical controllers have really made more of a transition, more so in the last decade. Thirty-seven years ago, when we started installing chemistry control systems, if you started talking about controllers in residential pools, they thought you were an alien.

But I guess people are more health conscious today, and they don't want somebody coming in on Monday and throwing a week's worth of chlorine into the pool and then coming back a week later and doing the same thing. So, we feel that application will continue to gain momentum in the future.

But the gatekeeper for this application of the technology is the pool service company, and I don't think, until the last 10 years, that you really had mainstream residential pool service guys believing in chemistry control like you do now. They're driving the technology forward.

I think a lot of people have realized that in pool service, you absolutely have to get the baseline pool chemistry right, especially ORP and pH. Because if you don't, everything you try to do for the customer after that may be suspect. Anything you try to recommend or install, whether related to filters, pumps or maybe even a heater, might have chemistry-related issues that could have been resolved with direct control.

Chemistry controllers help you control chemistry. Cost is a factor of course, but I think it's becoming more mainstream, making the transition from commercial pools where it's very common, to the backyard. It's a gradual process.

As for us [at CES], today, as it is with leading national water treaters, we wouldn't take on a new customer without taking direct control over the chemistry.

One of the great advancements in residential pool treatment has to be the widespread application of saline [salt chlorine generators]. The emergence of affordable, reliable saline systems has been awesome, because instead of having someone come once a week to dump a week's worth of chlorine in the pool, you get a half a pound or a full pound of chlorine delivered every single day and that's awesome. The technology continues to evolve. Getting that steady trickle of chlorine daily, though, helps resolve a lot of problems.

Well, you have to say that variable-speed pumping has made one of the most successful transitions into the backyard. It came from the institutional sector, with fans and pumps, but I think this is one of those technologies that was popularized by development of good residential models over time (and obviously the desire to save energy and money).

And now with the new DOE regulations, the backyard pool people are going to have to get really good at installing and servicing them and tuning the flow to the piping of the pool.

To get the best out of the technology, we've found you have to control the pump output by actual flow rates — that's how you can maximize the savings.

We monitor many, many commercial and residential pools in real time, looking at electrical consumption, power output and flow. When you're watching the numbers on a variable speed pumping system, controlled by actual flow rates, you can see that when a filter is clean, the Hz spin way down, dramatically reducing the energy consumption.

Some systems allow you to integrate a flow meter, and you would merely dial in the optimum flow.

Finally, each filter has a design point for optimum flow, and if you're over-driving the filter, that's neither good for filtration efficiency nor energy consumption. 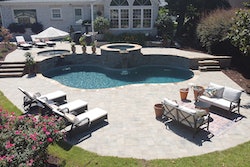 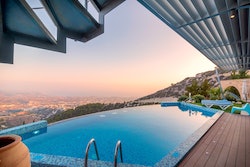 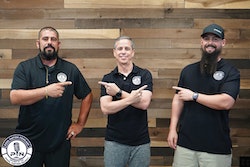 The weeks following a hurricane can be brutal for pool service technicians. These guidelines will help you navigate the aftermath.
October 18, 2022

HASA makes its Netflix debut in a new film called Day Shift, which follows a pool technician turned vampire hunter.
September 29, 2022
Page 1 of 124
Next Page
Content Library
Dig through our best stories from the magazine, all sorted by category for easy surfing.
Read More
Buyer's Guide
Find manufacturers and suppliers in the most extensive searchable database in the industry.
Learn More