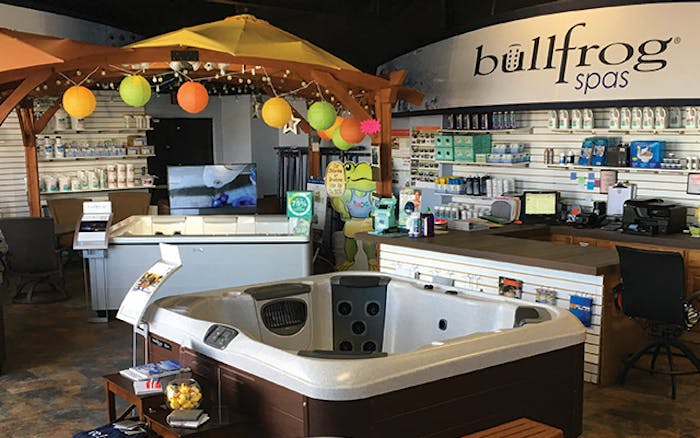 A look inside Best Hot Tubs in Farmingdale, N.Y., owned by Bill Renter.

How are retailers in the hot tub industry faring? What's happening right now — and where are things headed down the line? To find out, we spoke to four retailers throughout North America and asked them the same five questions about their businesses and the industry as a whole. These retailers each do things a little differently — three of the four have multiple locations, half position themselves as spa-only operations while the other half offer both pool and spa products — but all have valuable insight to share.

Quality — and a higher price tag to go with it.
"What we're finding is people are willing to spend money on, No. 1, a brand, the quality of the brand and the reputation of who they're dealing with. We're seeing our average sale price has increased quite a bit over the last couple years. They're looking at it as a long-term purchase. Yeah, we do sell some entry-level spas, but beyond entry-level price point stuff, our clients seem to be more inclined to say, 'I'm going to buy one of these, and I want it to last. I want to make sure it's easy to maintain and energy efficient, and they're willing to pay for it." —TW

Low and high-end models are popular.
"What we're finding is with our sales, we're either selling the less expensive [hot tubs] for people who just don't want to spend more than a certain amount of money on a hot tub, so our lower-priced hot tubs are selling much more than they did in the past. And our [Bullfrog] A Series, which is our luxury spas, are also doing phenomenal. And our luxury spas are $10,000 to $18,000. And a lot of them more on the high end, closer to the $18,000 number. And the middle is almost nonexistent!" —BR

Higher tickets and financing.
"We saw some phenomenal growth last year in rotomold tubs, so we know that price points are important for the consumer and certainly that's a growing segment, but there are still plenty of quality shoppers around, which explains why our average ticket is going up.

The consumer also wants ease of payment, so our financing last year doubled as far as the proportions of people who bought. Our volumes went up significantly, but our financing piece doubled. I think consumers are more confident, and they like financing terms. They like zero percent interest for 24, 26, 48 months." —JVF

Financing and add-on features.
"I think financing is probably making a big comeback. And a lot of people are interested in features, accessories, things that they can add onto the spa to enhance the experience. LED lights, stereos have been increasing in popularly, aromatherapy, Microsilk is becoming a little bit more popular; people are coming in asking about it rather than having us try to present it." —LB

Do you think a consumer campaign will happen — and if so, what will it take to get the ball rolling?

It can work with the right leadership.
"I think the boat and RV industry have it right. However they accomplished what they accomplished, whoever is leading them is doing it right, and we just don't have that type of leadership in the hot tub industry. And we need somebody or some group of people to draw everybody together.

Maybe the larger manufacturers got big enough pieces of the pie that they think, 'What's the point of me investing in something that the smaller manufacturers are going to benefit from?'

I think in terms of trying to grow the industry and sell more hot tubs and take away those purchases from RVs and boats, and discretionary income that is spent on other things, and try to get the hot tub industry in that group so at least it's thought about when its time to spend discretionary income. But I have no way of knowing how to get there." —LB

Yes, it can work — if we make it funny.
"Humor. I think it could work. At the end of the day, I've been pitching this for awhile and nobody has picked up on it yet, but we have to have a really fun, funny campaign about hot tubs. And we have to get it so it goes viral. And that's the way we're going to drive demand.

You hit people's funny bone, and they remember. The funny bone is a wonderful memory device." —JVF

We don't need one; dealers can market themselves.
"Dealers who complain about our industry's lack of a consumer campaign are people who think that other people should pay for their marketing. I don't agree with that. I agree that it would take a gazillion dollars to compete with the RV market and to spend all that money on marketing — who's going to spend it?

…Ultimately, to me, the world has changed unbelievably since I started in business over 30 years ago; our No. 1 advertising tool was the Yellow Pages, and now its Google+. It's literally just such an unbelievable transformation.

Traditional advertising, it doesn't exist anymore. The internet, as harmful as it is to retail, it's beneficial toward marketing. I think it's really up to the dealer to do it." —BR

It's unlikely, unless manufacturers collaborate.
"At some point, it's an initiative that has to be driven by the manufacturers…[They] have to commit and say, 'Look, we're going to get our fair share of business out of this but we've got to build the market penetration of the industry. It's kind of a joke as market penetration goes. So many people have other appliances in the home, just because other industries have done great jobs getting people aware of the products.

…I remember as a kid, we were one of the first families on the block to own a microwave oven. At the time, they were $1,100, $1,200 or something crazy. Now you can buy one for $60. There a lot of those examples. And now, a microwave oven is not a luxury item; it's an appliance, it's a necessity.

It's common sense, really. If they pushed and market penetration went up a couple small ticks, it's ginormous. Once you start getting critical mass, then the industry takes off." —TW

Say a salesperson is struggling to close a deal. What's your advice?

Build in a cushion.
"We avoid high-pressure tactics, and we do things like courtesy holds for 48 hours to give them time to think about it and take away that buyer remorse. Sometimes, if you pressure people to do things that they're not sure they want to do, or you try to make deal and say, 'This deal is only good today,' they get buyers remorse and are cancelling within 24 to 48 hours. So we take a different approach: We'll give them a courtesy hold, give them time to think about it, and then there's no concern about cancelling a contract or anything — you just make a phone call and they say yea or nay.

The other thing is we given them a written 30-day money-back guarantee, so if you buy a hot tub, I deliver it out there and within that 30 day period you decide that hot tub isn't going to work for you, or you want to upgrade, or you want a smaller one, or whatever the issue is, we will trade it out or we will pick it up and bring it back and give you your money back." —LB

Practice.
"Practice. Practice through roleplaying, and do it over and over again. With repetition and practice comes confidence." —TW

Check in along the way.
"The natural way of closing without being a used car salesman is to simply say to the customer, "So what do you think so far?' And you look for positive responses. And when you get to a natural place that's appropriate, you say, 'So, what do you think?' And sometimes they say, 'Yeah, I think this is good, I like what I see.' And I've had people when I say, 'So what do you think,' they say, 'I think I could see one of these in my backyard.' Well, it's done. That's the close.

You're the teacher and you're educating them, and they're asking questions or pointing things out that they may not know. But the closing should be coming naturally. And it's as simple as, 'What do you think?'" —BR

Know the competition.
"We're smart about our competition, we know exactly what products they're selling, we know under the hood what their products are about. I'm not sure they know that about us.

We work hard and we work smart. That in any industry gets you market share." —JVF

How do you think the industry will evolve over the next five years?

It won't — unless things change.
"Well it's not going to evolve, it's going to stay flat. There's just no two ways about it…. At the end of the day, yeah, dealers can grow, but the only way dealers can grow is to take market share. That's kind of what we've been doing, which is a slow process, but inevitably it's what we have to do.

I'm not trying to be a downer, but unless there's more of an awareness campaign to the general population, well how can you expect the pie to grow? It'll grow slightly, organically, by having good dealers, but wherever there's a good dealer, there's three lousy dealers. So I think that's what been stagnating the industry." —TW

There will be more prestige brands.
"I'm biased, but I'm pretty sure that Bullfrog Spas in the next five years will become a dominant force in the hot tub industry. It will be a brand that is recognized as one of, if not the, best hot tubs out there. For me, I feel like I finally made a really good decision when I decided I'm only going to focus on Bullfrog spas." —BR 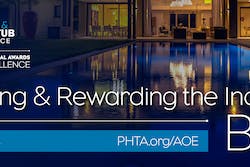 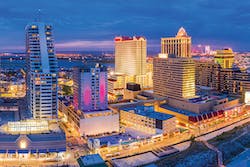 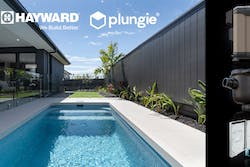 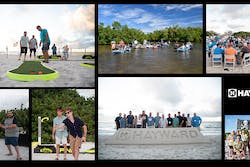