On Wednesday August 24, 2022, Robert Sterling, also known as Rod, passed away due to throat cancer. Rod lived to be 71 and when he passed, he was surrounded by his friends and family in Sandy Springs, Ga.

Rod was born to Betty and Bob Sterling in Columbus, Ga., in 1951. At a young age, his family lived in Heidelberg Germany because his father was stationed there. Rod graduated from Columbus High and attended both Samford College in Birmingham and Georgia State in Atlanta. However, he continued with his studies well past college by reading everyday and in turn, educated all of those around him.

Rod was not only intelligent, but also courageous. At the young age of eight, he saved his mother in a kitchen fire. Due to his quick action and bravery, he won a heroism award from Governor Vandiver and traveled throughout Georgia to speak to school children about fire safety. Even as a child, Rod never had a fear of speaking to large groups.

His first job was at five years old selling papers on the Fort Benning base. This was the start of Rod’s diligent work ethic. In 1970, he got a job in the pool and spa industry as a janitor at the BioLab chemical manufacturing plant. From that role, Rod worked his way up to launching and becoming president of the BioLab Network (BLN), the largest pool and spa distribution company in the world.

Rod left BioLab in the mid 1990s and embarked on what became a very successful business consulting career. He had the pleasure of working with companies worth hundreds of millions, as well as companies just starting out. However, his career was defined by his passion to help family-held businesses grow and thrive. Rod had an innate understanding of people and their motivations, which made him great at getting people what they wanted. He was an icon in his industry and spoke all over the world.

Rod was truly a leader and mentor to countless men and women in his industry. There are thousands of families that have been positively impacted by his work and guidance.

Rod had a personality that has been referred to as larger than life. A born Southern-storyteller, he could always be counted on to entertain all of those around him in both social and professional settings. Rod just had a way with people.

He rarely called anyone by their actual name. All were subject to whatever nickname Rod assigned to them. When Rod met his mother-in-law, she was no longer Leonor, but Mama Rubio to all.

He loved to travel with family and friends and experience all the food and drinks different cultures have to offer. He loved University of Georgia football, so much so that he cried tears of joy with his son when they won a National Championship.

In 1982, Rod married the love of his life, Ana Rubio Sterling, who survives him with their two dogs Tucker and Emma. He is also survived by his son Gabriel and his daughter-in-law Caroline, along with his brothers Mike and Steve and his sister-in-law Michelle. He will be deeply missed. 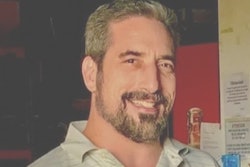 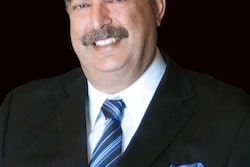 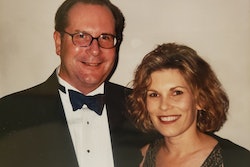 March 2, 2021
Page 1 of 4
Next Page
Content Library
Dig through our best stories from the magazine, all sorted by category for easy surfing.
Read More
Buyer's Guide
Find manufacturers and suppliers in the most extensive searchable database in the industry.
Learn More