Nicholas Christofi, 72 years old, was taken too soon after a short battle with lung cancer. He was a devoted husband to Flora, his sweetheart, best friend and business partner. The couple recently celebrated 52 years of marriage. He was a caring father, friend and mentor to his children, daughter Theodora and her husband Sotiris, son Louis and his wife Chloe, and son Zack, and an adoring and supportive grandfather to his seven grandchildren Florentina, Andreas, Nicholas, Florendina, Nicholas, Maria and Vasiliki. Christofi was generous brother, uncle, godfather, mentor and friend to all. His kind heart, generous spirit and quick wit will always be remembered.

Nicholas was born in Eptakomi, Cyprus, and at the age of 15, dropped out of school to travel to America to pursue his dreams. Not knowing the language, he soon found himself in the restaurant business like most Greeks at the time. He had many hopes and dreams of success.

He worked hard and created a path for himself to progress in the industry, and eventually owned his own diner.

In 1969, he decided to pivot and began his career in construction, getting his start working for Zahos Pools, then becoming a sub-contractor for Champion Pools and eventually moving to Toms River and working as a sub-contractor to several pool companies in the area, before he ventured off on his own and opened the doors of Nicholas Pools.

Nicholas was a brilliant and esteemed businessman who wanted more and believed, “If you can dream it, you can build it!” A pioneer in the industry, he believed in hard work and integrity, so he moved forward and founded the multimillion dollar company Nicholas Pools Inc. Nicholas, his wife and family devoted their time and energy to create a business model that many have tried to emulate but few have achieved. After 30 years in the industry and building thousands of pools, he decided to retire, selling the business to his son-in-law and daughter, Sotiris and Theodora Sergiou. Over 50 years later, the legacy he created will continue to carry on.

The legacy continues and the business is thriving and expanding, keeping the solid foundation Nicholas created intact and continuing the core values of Nicholas Pools with every pool built or serviced. Christofi is renowned and well respected in the pool and spa industry. He was known as being fair and honest with customers, business partners, employees, and all who knew him. His knowledge, dedication, forward thinking and efforts helped create many wonderful memories for families throughout the state of New Jersey.

Nicholas was The American Dream come true: Finding a solution to every obstacle, succeeding, helping those around him and, despite his prominent accomplishments, always staying humble. His entrepreneurial spirit continued once he sold the business. He kept busy as a property developer, landlord and mentor, building and developing several properties in Ocean County. His wealth of knowledge was invaluable to many who often looked for his input and advice.

Nicholas was a refuge who lost his home and land after everything was taken by the Turkish Invasion of Cyprus in 1974. He was fueled to rebuild a family home for his family in Cyprus. After retiring he was able to return to Cyprus and build his dream home by the sea. He and Flora would spend several months a year in Cyprus enjoying swimming, fishing, traveling and spending time with his wife, family and friends. He hosted many friends and family around the world, in one of his many homes grilling and cooking and often hosting dinner parties for all to enjoy. He was happiest doing things for others. He was proud of his heritage, business venture, and family. A great loss to the community, he will be in everyone’s hearts forever.

The following arrangements have been made for Nicholas: 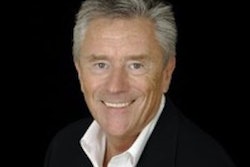 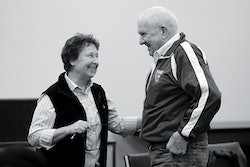 Eric Herman reflects on the life of his longtime friend Greg Garrett, an industry veteran of over 40 years.
August 22, 2019
Obituaries

Northern California industry leader, Don Aston passed away at his home in Sacramento, Calif., from complications of heart disease on Aug. 3. He was 85.
August 13, 2019
Obituaries

Gene Wells, an award-winning builder and industry leader, passed away on July 17 in Roseville, Calif., succumbing to a long battle with pancreatic cancer, heart disease and other ailments. He was 79.
August 6, 2019
Obituaries

Robert Matthew “Matt” Markiton was born on March 31, 1976 in Houston, Texas to Robert Irvine and Christine Ann Leder Markiton. He attended Lee High School and Blinn College. On June 7, 2003, he married Audrey Jackson in Spring, Texas.  Matt was in the hot tub business, both manufacturing and retail, for 25 years. He enjoyed music and old movies but best loved being outdoors, fishing and hunting, especially with his boys. An active member of the Katy community, Matt and his family were honored as Harvey Heroes for their efforts in rescuing and assisting their neighbors in Canyon Gate.  He worked hard at his business, loved his family and was known for his quirky, dry sense of humor.
April 23, 2019
Page 1 of 3
Next Page
Content Library
Dig through our best stories from the magazine, all sorted by category for easy surfing.
Read More
Buyer's Guide
Find manufacturers and suppliers in the most extensive searchable database in the industry.
Learn More