Few things make dogs more excited than a long game of catch. And in the hot and humid summer months, homeowners are often eager to keep their four-legged friends cool, so why not a game of catch in the pool?

From the water's surface a game of catch might look simple: a toss into the water and a dog's splash as he emerges victorious with a ball in his mouth. It's what happens underneath the water that is far more interesting. "The water is where a dog's distinct personality shines through," writes Seth Casteel, an award-winning pet photographer and animal rights activist.

Casteel has captured new sides of our beloved friends in his book "Underwater Dogs," which includes over eighty portraits of dogs diving underwater. With each image different than the last, it is "a striking reminder that even in the most loveable and domesticated dog, there are more primal forces at work," he says. The dogs' canine teeth shine underneath the water's surface and for a few moments — they might even look ferocious. That is until they re-emerge, drop the ball at your feet and wait for an affectionate "good job" pat on the head. 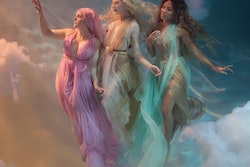 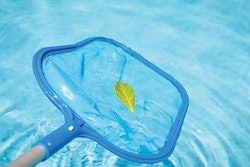 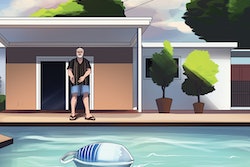 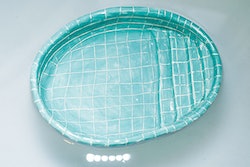 The new elevated pool standard is here; what it means for builders.
August 18, 2022
Fiberglass

In the Western Desert of Egypt, a hidden gem lies far off the beaten path: the Siwa Oasis, an unusual destination known for its salty lakes and springs.
May 17, 2022
Page 1 of 102
Next Page
Buyer's Guide
Find manufacturers and suppliers in the most extensive searchable database in the industry.
Learn More
Content Library
Dig through our best stories from the magazine, all sorted by category for easy surfing.
Read More