Easton Pool & Spa and its two subsidiaries: Plunge Pool Concepts and Atlantic Water Services, announced that Tim Dooling has been named president. Dave and Bob Hobaica, longtime owners of Easton Pool since purchasing the business from their father, Henry Hobaica, in 1996, will remain fully active in the three businesses.

Dooling has 30 years of experience in distribution, logistics and manufacturing, including fifteen years of senior executive level experience. He has held the president role at a large privately held family run business, and for the last seven years, held senior level positions at one of the largest specialty chemical distributors in the world, his last position being chief operating officer for the Americas. Tim has also been an active investor and recently, he has been heavily involved with an immersive technology start-up that has achieved a second round of funding. There, he was a lead investor, a senior commercial advisor and held the role of President.

“I have known Tim both personally and professionally for many years. With our significant growth over the past several years, it was imperative we bring in an operator and leader with Tim’s level of experience to help manage our continued growth. Bob and I are both confident and very excited to have Tim on our team both as a leader and investor,” says Dave Hobaica, co-owner of Easton Pool.

“Tim has the unique background in that he literally rose up from entry level. He has worked, or led, every commercial and operating function of an organization,” says Bob Hobaica, co-owner of Easton Pool. “To put another way, Tim not only knows how to drive the car, but he also knows how to work on the engine, which is a rare find these days."

“I cannot tell you how excited I am to be a part of this team. Easton is a market leader in a very strong market sector. The success they have enjoyed in growth is only surpassed by the culture and people on this team. Dave and Bob have been great owners and both have an eye toward the future,” says Dooling. “Like any industry, there are a lot of market dynamics, challenges and opportunities at work. Being a part of this team and a stakeholder in its future success is a welcomed challenge."

Dooling is a 1992 graduate of Boston College, a 2001 graduate of M.I.T. Sloan’s Executive Program in General Management, and in 2021 he completed Harvard Business School’s Senior Leadership Program. He also served both in the United States Marine Corps and Massachusetts Army National Guard. 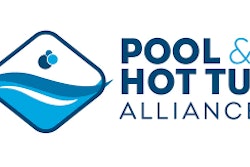 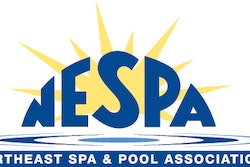 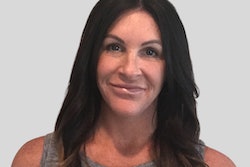 June 28, 2022
Page 1 of 13
Next Page
Content Library
Dig through our best stories from the magazine, all sorted by category for easy surfing.
Read More
Buyer's Guide
Find manufacturers and suppliers in the most extensive searchable database in the industry.
Learn More