When it comes to drowning prevention in swimming pools, much discussion revolves around strategies during active swimming times: Life jackets, water competency, supervision. All of which are important — but the harsh reality is that nearly 70% of childhood drownings happen during non-swim times.

“A lot of parents think about the risk of drowning and about their family’s water safety plan when they’re planning to be near the water or use their backyard pool,” says Dr. Adam Katchmarchi, executive director of the National Drowning Prevention Alliance (NDPA). “But what the data shows us is that the majority of these drownings are happening potentially after the child was done swimming for the day.”

According to the NDPA, a lack of barriers around water — including fencing — contributes to the majority of drowning deaths.

“We truly believe that if fencing was mandated around the country, it would make a significant impact in the drowning rates, especially in the one- to four-year-old category where drowning is the single leading cause of death,” says Katchmarchi.

Currently, there is no federal law that regulates residential pool fencing: It’s up to local jurisdictions. As a result, codes and standards vary, but generally, they rely on what is outlined in the International Swimming Pool and Spa Code (ISPSC), produced by the International Code Council (formerly known as BOCA).

According to standards in the ISPSC, all fences must be non-climbable and be at least 60 inches tall. Vertical bars on a fence should be close enough together to prevent small children from crawling through, while horizontal bars must be far enough apart to not act as a ladder. The horizontal bar closest to the ground should also not allow enough room for a child to crawl under the fence.

Since gates are where the majority of children enter the pool area, the code places special emphasis on gate security: Gates should open away from the pool, be self-closing and self-latching and accommodate a locking device.

“There are a lot of details in the code, but the basics are that you can’t have more than a 4-inch sphere go through any one location, and the gap on the bottom or on the sides can’t be more than 2 inches,” says Sean Brown, eastern region sales manager at Nationwide Industries. Nationwide manufactures a wide range of self-closing hinges and magnetic closing latches. “And if the gate itself doesn’t meet the height code, then you have to have the latch meet the height code.”

“The other thing you’ll find when you look at pool fencing is that there is a difference between perimeter fencing and what we would refer to as the four-sided isolation fencing,” says Katchmarchi.

According to the ISPSC, a perimeter fence typically uses the house structure as the fourth side of the fence around the pool, while an isolation fence completely separates the pool area from the house or other structures.

“We as water safety professionals recommend four-sided isolation fencing,” says Katchmarchi. “[Perimeter fencing] often leaves sliding glass doors, doors with pull-down handles and windows that are accessible to the backyard. That could put any child who is actually inside the home itself at risk. So if there is a perimeter fence in place, we recommend the use of an additional barrier, whether it be a four-sided isolation fence or an automatic pool cover.”

In the end, fencing components are only as effective as the entire system. “The gate, the latching mechanism, preventing people from propping the gate open — all of that has to work together to make an effective barrier,” says Katchmarchi.

As seen in the map shown on page 64, over 26 states have mandatory adoption of the ISPSC code.

“It’s not nationwide at this point, but it is in a majority of states,” says Katchmarchi. “And even in states where it’s not mandatory, some local jurisdictions have adopted it on their own accord.”

“People use the code as a basic, sort of ‘bare minimum’ guideline,” explains Brown. “And then they kind of change the wording and put it into their either local or state code.”

For example, New York essentially cut and pasted the ISPSC into their state code. “A lot of states do that, or just reference it,” says Brown. “And state and local codes can be more stringent — they just can’t be more lenient.”

For the most part, local regulations have become more stringent over time. However, as Brown points out, the effectiveness of those regulations ultimately depends on code enforcement.

“I think enforcement is a big issue across the United States,” he says. “And I’m guessing that’s why child pool drowning is always up there in the list of fatality rates.”

“We talk about fire alarms and replacing batteries — it’s become ingrained in all of us. So that’s where we need to get to: really, the education of homeowners, education of the code bodies and then enforcement.”

While fencing is important, it’s just one piece of a holistic drowning prevention strategy. The NDPA outlines five recommended layers of protection around every pool for a layered, preventative protection plan, including supervision, barriers, alarms, learning to swim and making a water safety plan.

“Fencing can fail, just as supervision can fail. So it’s about taking a total approach, using all of the layers of protection — that’s what’s really going to make an impact,” says Katchmarchi.

“We, as an entire industry, have shied away from water safety because we don’t want to scare away potential consumers,” he continues. “The reality is, all of us want the same thing. We all want kids and families to be safe around the water.”

This article first appeared in the November 2022 issue of AQUA Magazine — the top resource for retailers, builders and service pros in the pool and spa industry. Subscriptions to the print magazine are free to all industry professionals. Click here to subscribe. 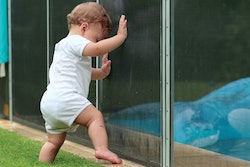 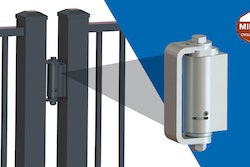 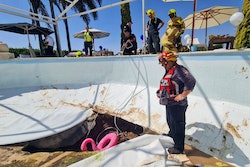 As summer winds down, service technicians will be working in lower temperatures. Some will be gearing up to maintain hot tubs in snowy mountain regions. While in and out of water, it's important to stay dry, as wet hands are uncomfortable and can be dangerous in seasonal areas. What gloves keep hands from getting wet? Industry pros share their favorites.
July 20, 2021
Page 1 of 1
Buyer's Guide
Find manufacturers and suppliers in the most extensive searchable database in the industry.
Learn More
Content Library
Dig through our best stories from the magazine, all sorted by category for easy surfing.
Read More