A Better Way to Borrow

In early December, the APSP announced a partnership with Prosper, a San Francisco-based company that specializes in peer-to-peer lending.

We spoke with Patrick Giambalvo, APSP's vice president of business development, about how this type of financing can help pool and hot tub dealers, the difference between bank and peer lenders, and whether he thinks P2P lending will be a game-changer. (Hint: He thinks it will.)

Pool and spa builders and retailers have been through some tough times in the last eight or 10 years.

That's for sure. Things started going downhill in late 2006, when housing prices peaked then began to fall, and things kept getting worse until the whole U.S. economy fell apart in 2008. That's when everybody saw what was going on, and big banks were on the verge of failing, people lost half their savings in the stock market. Sales slowed to a crawl on luxury items in all categories, and ours was certainly not spared.

Of course, there are people who will buy big-ticket items no matter what the economy is doing, but most people reigned in their spending.

Our members had to sell to homeowners who had been spooked by the big hit their home values took, or by the fear of losing jobs. Even customers that got around all that and did want to buy were shut out by bankers who had gotten really tight with their money. It took a tremendous toll on the industry. There've been ups and downs before, but this was different.

But things have improved now.

Yes, things have certainly gotten much better more recently, but banks are still not lending money the way they used to. And for people without collateral, there's really been no way for them to get money to buy our members' products. Everyone has lost willing buyers who haven't been able to get loans. We've heard that from our members for years, and now we're doing something about it with a tech company that does business a little differently than banks do.

Can you tell us about it?

We've partnered with a company called Prosper to give our members a new and very innovative way to help their customers get financing. It will make selling easier for dealers, and it will put hot tubs and pools within reach of a broader segment of the population. That's really what the APSP is here for. We want everybody who wants one of our products to have a chance to get it.

Basically, Prosper is a company that facilitates peer-to-peer lending by matching people willing to lend money with people looking for loans. It's not a bank. It's a little like crowd sourcing or crowd funding but it's aimed specifically at small borrowers. They deal with loans as low as $2,000 and as high as $35,000, which would include any hot tub and lots of basic pools.

We're very optimistic about it and are going all-out to promote it. I think it's a perfect fit for our dealers.

This comes right on the heels of the marketing program you rolled out this fall in Las Vegas.

That's right. This fall we launched a new digital marketing campaign called ESCAPE to highlights the benefits of pool and spa ownership. A key aspect of the campaign will be to highlight the importance of working with APSP professionals.

We're really, really excited about the Prosper and ESCAPE programs and think together they can be a game-changer for dealers that get involved.

When will the loan program be up and running?

It already is. Many members are already taking advantage of it. It's really easy to do. They can copy and paste some html we provide to add an active banner ad to their Web site. The banners come in different sizes, with different text and pictures depending on what the dealer wants to emphasize. Again, the link to the financing goes right on the dealer's own website. The customer can then click on the banner and get their loan amount in minutes.

Another way would be to send users directly to apspfinancing.com. But I think having the banner right on your own website looks better and is more likely to get used. If a customer knows they will be able to get a loan this way — even if they end up using a regular bank later on — they're going to be more serious shoppers.

Once a customer clicks on the banner, how does the rest of getting a loan through Prosper work?

Customers first fill in some basic information about address, employment status, income, then see whether they qualify and what rate they can expect without affecting their credit score. And it's really easy. It just takes a few minutes.

If they're qualified, applicants will receive an offer with the interest rate, terms, and monthly payment based on the loan amount and the information they filled in. If they like the terms, they can fill out the rest of the application. That's when Prosper will get employer contact info, Social Security and bank account number for making the deposit. Before this point, there's no formal pull of a credit score. That hard credit pull only happens after an offer has been made.

Well, if the customer wants to proceed, Prosper will generate a "listing," which is a request for a loan. Potential lenders — again, those are peers and not banks — will then look at listings for loan sizes and interest rates they find attractive. The peers are a little like venture capitalists. They are looking at ways to put their money to work outside the usual channels.

Once a listing is made, is it a done deal?

Not necessarily. Sometimes the applicant will need to provide more documentation, like a W-2 or 1099. And the listing still needs to find an investor to commit funds. It's unlikely that a listing won't find an investor, because the applicants are screened by Prosper, but if this does happen the loan won't be made.

What kind of interest rates can borrowers expect?

It depends on the borrower's credit and the size of the loan, but someone with good credit can get a three- or five-year fixed-rate loan for as low as 5.99 percent. Even people without perfect credit can get a loan for a higher interest rate.

This sounds a lot better than asking relatives for money.

That's really what it's like, isn't it? It's like having rich friends and relatives who are eager to lend you money. Prosper just formalizes it, and protects both sides. They won't let a person take more than they can pay off.

We think this has the potential to be a difference-maker in the industry. And we're going to do everything we can to let people know about it. 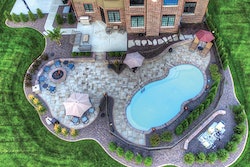 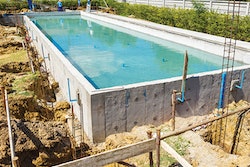 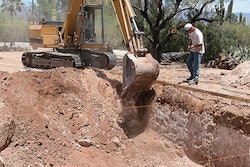 NPC Wants to Help With Your Child’s College Tuition

The National Plasterers Council offers the Rey Perales Memorial Scholarship for children of NPC members and their employees.
November 1, 2022

The Pool & Hot Tub Alliance is expanding its technical structure with the formation of a Technical Advisory Council.
November 1, 2022

Fishers Health Department in Indiana was awarded the 2022 Dr. R. Neil Lowry Grant, given in the memory of Dr. Robert Neil Lowry.
October 27, 2022

This program has two tracks: one for executive leaders and a second for emerging leaders.
October 25, 2022

Program participants are very important to the seasonal pool industry, and they help to meet the lifeguarding needs during peak season.
October 11, 2022
Page 1 of 33
Next Page
Buyer's Guide
Find manufacturers and suppliers in the most extensive searchable database in the industry.
Learn More
Content Library
Dig through our best stories from the magazine, all sorted by category for easy surfing.
Read More