The Florida Swimming Pool Association (FSPA) honored six outstanding individuals in the pool and spa industry during the organization’s annual Design Awards Competition as part of the 50th anniversary Everything Under the Sun Expo.

The winners were decided by FSPA leadership and staff in acknowledgement of each individual’s outstanding achievements and contributions to the organization and profession as a whole over the past year.

Ben Evans of American Pools & Spas in Orlando, Florida was named Philanthropist of the Year. In addition to donating $40,000 to the Florida Swims Foundation to help fund swim lesson programs, Mr. Evans also pledged to donate $100 for every pool built for both 2021 and 2022.

Tim Conroy of Team Horner received the Outstanding Volunteer Leadership Award. Mr. Conroy showed superior leadership amongst the board during a transitional period for FSPA. He served as the Selection Committee Chair and spearheaded the hiring process of hiring the organization’s new Executive Director Elizabeth McMurray.

Rick Howard of Rick’s Pool Service in Clearwater, Florida was named Workforce Development Champion. Mr. Howard’s leadership in enriching FSPA’s relationship with Future Builders of America (FBA) is a continued gain for the organization; he will continue facilitating the relationship by teaching at FBA’s week-long summit.

Jackson Reeves of Odyssey Manufacturing Co. in Tampa, Florida was given the Rising Leader Award. In addition to being a member of FSPA’s Young Professionals group, Mr. Reeves also continues to be a great presence on the Board of Director as a member of the Audit Committee.

David Griffiths of Insurance by Ken Brown in Altamonte Springs, Florida was named Instructor of the Year. Mr. Griffiths is a seasoned professional and a continued leader and teaching expert in the field who FSPA relies on the help strengthen communal knowledge of the growing industry.

Jonathan Mosher of Signet Pool in Sarasota, Florida was awarded Young Professional of the Year. Mr. Mosher served as the inaugural chair of the Young Professionals group in 2021. He has spearheaded several marketing and rebranding priorities for the organization, including website redesign and new domain name acquisition.

“Each of these individuals represent the best of what this industry has to offer,” says Elizabeth McMurray, FSPA executive director. “Dedication, perseverance, humility, and most of all, generosity of both tangible and intangible means. I am constantly inspired by all of these professionals who teach me and countless others every day what it means to be a leader in the pool and spa business.” 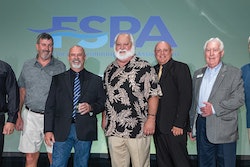 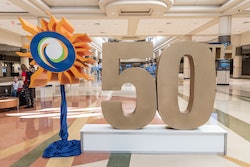 This scholarship is awarded by the PHTA Recreational Water Quality Committee in memory of a former member, Greg Garrett, who dedicated 45 years to the industry.
August 11, 2022
Pool & Hot Tub Alliance News

From humble beginnings working out of the bedroom of a family home in Sonoma County, Johnson Pool & Spa has grown into an industry leader.
May 3, 2022
Awards

The Florida Swimming Pool Association welcomes John Garner as the new inductee into the FSPA Hall of Fame.
May 3, 2022
Retail

With the philosophy of widespread, exceptional service and a guarantee to get the job done faster than competitors, the company continues to expand its territory.
April 28, 2022
Pool & Hot Tub Alliance News

At Indigo, inventory is king: As the largest pool, patio and BBQ retail story in Southwest Florida, the company is a true one-stop shop for the whole backyard.
April 26, 2022
Retail

The company's cutting-edge online presence helps to keep communication top-of-mind and a consistent brand presence across multiple platforms.
April 21, 2022
Page 1 of 14
Next Page
Buyer's Guide
Find manufacturers and suppliers in the most extensive searchable database in the industry.
Learn More
Content Library
Dig through our best stories from the magazine, all sorted by category for easy surfing.
Read More