Is Superchlorinating The Best Way To Eliminate Chloramines? | AQUA Magazine

Is Superchlorinating The Best Way To Eliminate Chloramines?

Chlorine is a great sanitizer for pools. It's been the backbone of our effort to keep pool water clean, and will remain so for the foreseeable future. But a controversy has emerged in recent years about the process of superchlorinating — what we call "shocking" — pools to reduce the buildup of chloramines.

The standard procedure for dealing with chloramines is laid out in black and white in the CPO manual: You blast (shock) it with a high dose of chlorine — 10 times the measured amount of chloramines — and that takes care of that.

This has been the accepted, customary practice for decades, notes Ed Lightcap, senior account manager for DuPont. "If you take the CPO class and become CPO certified, you will learn that the remedy for a buildup of combined chlorine is superchlorination. Everybody is being taught that. It has been passed down from generation to generation in the pool industry, without close examination."

Without getting too technical, traditional breakpoint chlorination is a process for dealing with chloramines or combined chlorine. You find the total chloramine content in a pool and hit it with 10 times that amount of free chlorine, which is supposed destroy the chloramines.

Of course, that plan only works if the added free chlorine really does, in fact, destroy the chloramines. Turns out it only destroys some of them.

It's important to understand that there are different kinds of contaminants in pool water, and superchlorination treatments affect them differently.

"In this test (right), we dosed the water with creatinine, an organic component in human sweat. Here we do not see the classic breakpoint curve like we see with ammonia and inorganics. We see the buildup of persistent organic chloramines that remain no matter how much chlorine is added. The added chlorine did nothing but produce a persistent chloramine where there was none." — Tom Tufano

"This test (on right) shows the chlorination of a sample of human sweat dissolved in water. With a mixture of inorganic (red line) and organic (black line) chloramines, the inorganics react while the organics persist." — Tom Tufano

Breakpoint chlorination techniques are really only effective against inorganic, ammonia-based chloramines. They do not impact the organic chloramines present in all pool water. In fact, they create new worrisome issues by forming rather nasty disinfection byproducts (DBPs), some of which go airborne and cause well-documented problems in the lungs of frequent swimmers and children. (There is a rising chorus of concern in the health community about this issue. There are studies that correlate DBPs with the onset of asthma in children.)

This statement is supported by lab research at DuPont performed by Dr. Tom Tufano, senior R&D chemist, and by work carried out by Professor E. R. Blatchley and Dr. Jing Li at the Purdue University School of Engineering.

1) Complex organic chloramines do not undergo breakpoint chlorination to form N2 gas, but instead, build up over time in pool water.

2) Large doses of free chlorine react with organic contaminants to form a variety of DBPs which are hazardous to swimmer health.

"The problem is that since you are adding chlorine based on the total combined chlorine instead of just the amount of ammonia-based, inorganic chloramines with which it will react, this leads to a gross over-application of chlorine," Tufano says. "And that over-application leads to all kinds of problems, mainly the formation of chlorinated DBPs, which become airborne."

Perhaps most pernicious of these DBPs is trichloramine (NCl3), a known and confirmed bad actor in the pool environment.

"Large doses of chlorine, as recommended by the traditional superchlorination approach, instead of getting rid of chloramines, result in the production of trichloramine, a noxious lachrymating gas that will volitilize out of the water," says Tufano, "and that's what's responsible when you go into a pool area and your eyes start watering — you're probably feeling the effects of trichloramine in the air. You only see it at very high chlorine to nitrogen doses, but as we know, the current practice of superchlorination puts you in that regime."

Every time somebody runs a traditional breakpoint reaction for the purposes of trying to get rid of combined chlorine, Tufano says, they are getting rid of the inorganic chloramine — not as nitrogen gas, N2, which is inert, but as trichloramine or some other DBP harmful to swimmers.

This particular point is confirmed by Blatchley and Li's research at Purdue, which simulated superchlorination procedures and measured resulting DBPs. This research concluded that even inorganic chloramine, which superchlorination does oxidize (remove), is dispatched in such a way as to cause harmful gases to be released.

In summary, Tufano says: "We should stop the practice of superchlorination. That just exacerbates the problem of forming disinfection byproducts that get into the airspace and degrade air quality especially indoors. We should restrict the amount of chlorine we apply to what is needed to sanitize the pool, as opposed to sanitation plus oxidation."

"The concept of breakpoint chlorination, when applied to the real-world mixture of organic and inorganic chloramines in pool water does not work. High doses of chlorine result in high levels of chloramines which, in the end, give you large amounts of chlorinated DBPs."

That's the view from DuPont, which, in the interest of full disclosure, makes a non-chlorine oxidizer. DuPont has been promoting chlorine-free oxidation for many years and believes it offers significant advantages versus chlorine shock treatments.

The assertion that superchlorination is ineffective against organic chloramines is generally accepted among the chemists and industry personnel contacted for this story. After that broad accord, opinion becomes more nuanced.

SeaKlear's Terry Arko notes the problems inherent with superchlorination and recommends the use of potassium monopersulfate (MPS) shock, which he says achieves the same result as breakpoint chlorination. But either approach, he notes, only reduces the inorganic form.

"Organic chloramines," he says, "are only reduced by draining and dilution. One practical way to know if you have a majority of organic-bound chloramines is to test and follow the procedure for determining breakpoint chlorination. If superchlorination or chlorine-free shocking does not reduce the level of chloramines, that would be an indication that there are organically bound chloramines present."

Discovering what kind of chloramine is in the pool is important, notes Jeff Smith, product manager of sanitizers and water chemistry, Pentair Water. "The issue is that no one knows whether they have organic or inorganic combined chlorine until they shock and see what residual combined remains. In that situation, I would recommend a monopersulfate shock, but even this method is not proven to be completely effective against all combined chlorine.

"I still promote superchlorination when needed to maximize your free available chlorine," he adds.

Smith brings up two important points in the discussion. The first is that airborne DBPs are much more of an issue for indoor pools than outdoor ones, for obvious reasons. He notes that proper ventilation will minimize swimmer contact with these gases in a closed environment.

He also points out that ozone is an excellent alternative, as it is much more effective as an oxidizer than chlorine shock.

It's actually a very exciting time to be a chemist in the pool industry (or even to be writing about it) as old doctrines and traditional methods are under increasing scrutiny, in part because of new technology.

"There are things we're learning now because the instrumentation didn't exist even five years ago. We're able to measure some things that we just weren't able to measure before. And so our understanding of pool chemistry is expanding."

As far as the question of the best methods of shocking pools, Costanzo says the jury is still out. "In terms of understanding what the real answer is, I don't think we're quite there yet." 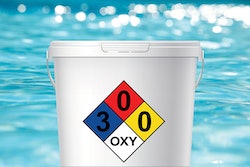 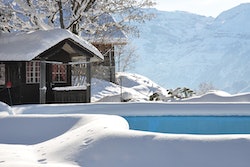 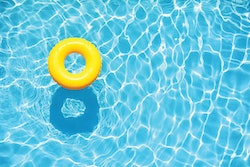