The USA Swimming Foundation today announced that it has awarded $898,184 to learn to swim programs across the country through its 2022 grant program — the largest ever dollar amount awarded through its grant program for swim lesson providers. A gift of $200,000 from Step Into Swim, an initiative of the Pool & Hot Tub Foundation (PHTF) committed to safer swim education and drowning prevention, along with an additional $80,000 approved by the USA Swimming Foundation Board of Directors, helped bring youth learn to swim grant awards to the largest amount in USA Swimming foundation history.

The USA Swimming Foundation, the philanthropic arm of USA Swimming, vetted 184 youth grant applications through a competitive annual review process, selecting 102 programs across 29 states to receive $763,184 in funding as part of its 2022 grant program for swim lesson providers. These grants will support youth programs offering free or reduced-cost swim lessons, providing an estimated 19,870 children with the opportunity to learn how to swim.

A strong advocate of USA Swimming Foundation, Step Into Swim’s donation helps the Foundation continue to save lives and build champions.

“Learning to swim from a qualified instructor drastically reduces the risk of childhood drowning by 88%. The more awareness we bring to the importance of swim instruction, the more lives we can save,” says three-time Olympic gold medalist and VP of Partnerships and Development for PHTA Rowdy Gaines. “Step Into Swim is proud to collaborate with an organization like the USA Swimming Foundation, whose efforts to support learn-to-swim programs is important, life-saving work.”

Swim to the Top,  Tuscaloosa, Alabama

YMCA of the North, Minneapolis, Minnesota

Since its inception, the Step Into Swim program has provided nearly 300,000 children with free swimming lessons. To learn more about this initiative, please visit stepintoswim.org. 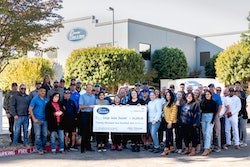 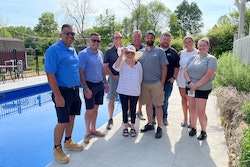 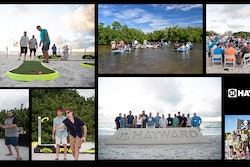 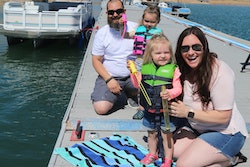 The worldwide event, designed to build awareness about the vital importance of teaching kids to swim, is underway today.
June 23, 2022

PHTA Challenges Industry to Step Up for Step Into Swim Initiative

November 16, 2021
Page 1 of 6
Next Page
Buyer's Guide
Find manufacturers and suppliers in the most extensive searchable database in the industry.
Learn More
Content Library
Dig through our best stories from the magazine, all sorted by category for easy surfing.
Read More