On July 19, 2021, the U.S. Department of Energy will begin implementing sweeping changes to rules governing the production and sale of pool pumps. It is, by most any reckoning, a sea change in the pool pump industry, and potentially a major advance in energy efficiency in pools.

“To date there have been a relatively small number of regulations on the state level, except in high population markets in the Sun Belt, California, Arizona and Florida, says Scott Petty, product manager for Hayward. “The new Department of Energy rules are federal requirements. That means manufacturers will not be able to produce products that don’t meet those requirements.”

The upshot is that the new DOE rules will virtually eliminate single-speed pumps – almost.

“It’s a fundamental shift in pool pumps in the U.S,” he says.

Perhaps the most significant aspect of the new rules, at least from dealer and consumer perspectives, is how pumps will be rated. Rather than horsepower, which is derived from the electric motor attached to a given pump, there will be a “weighted energy factor,” which will be more commonly referred to as WEF. Every pump will be given a WEF rating. If it’s not high enough, the pump can’t be sold. (Currently, most single-speed pumps in production would not clear the bar.) The idea is to provide an independent measure of efficiency, and use it to govern the pump market.

“It’ll be the first national metric for energy efficiency,” Petty explains. “It’s rather analogous to miles per gallon in cars, which basically refers to the amount of energy in terms of effort versus consumption. Just as cars are labeled with MPG, now pumps will be identified with a certain WEF — it’s a number that gives you an idea of the relative efficiency of a given pump. It’s measured in gallons per watt-hour. The higher the number, the more efficient.”

The standard is the result of years of collaboration between the DOE and representatives of the pool industry. Although by and large received as a positive step for energy efficiency, not everyone in the industry is completely satisfied with the new rules.

Rob Stiles, marketing director for core equipment for Fluidra, was involved in early conversations with both the government and utility companies as part of an industry effort that led to utility rebates and the inclusion of pumps under the DOE’s Energy Star program.

Although Stiles is a staunch proponent of variable speed technology, he is circumspect about the new rules.

“While I support the big picture idea,” he says, “I think there was a better way, mostly because I think it limits us as manufacturers. Holistically, I do think variable-speed pumps are safer and ultimately easier for our industry to use and install, once you understand the technology. And generally, it’s going to be good for the industry, but I do fear that the next big innovation is going to have to find its way around the way that the rules are implemented.”

Stiles sees limitations in the WEF rating because it focuses on performance rather than actual electrical efficiency. “With the standards for variable speed, it’s more about applying the affinity law agnostic of electrical efficiency or design, and that bothers me a little bit,” he says.

“WEF includes seven areas that are some of the most complex we deal with in the pool industry. My fear is that making variable speed even more efficient and ultimately reducing the cost of operation for pool owners is going to be a little harder now. If tomorrow, for example, someone develops a single-speed motor that’s close to perpetual motion, it might not be able to meet the WEF standard because it can’t change speeds. There are approaches people could take that will now be more of a struggle. Variable speed is a great solution in many situations, but it’s not the only way you can approach efficiency.”

THE CULTURE OF EFFICIENCY

Although the variable-speed pump remains the obvious centerpiece of pool-related efficiency measures, it is still very much part of a broader universe of efficiency points that can be maximized in pool and spa systems.

“Across product categories, even products that don’t consume energy directly, there’s always the question of how can they be applied to reduce energy, maybe by reducing head loss and water conservation, which is why we see a trend toward cartridge filters, as an example,” Petty says.

As he points out, pumps have been joined by a host of products that have gained market traction due to efficiency improvements.

“Heaters have become more efficient and there are high-efficiency heat pumps; LED lighting is more efficient, and it adds color and ambiance; automation is advancing; and there’s a shift to robotic cleaners, which are gaining popularity for a number of reasons, but one of them is that you don’t have to run a pump to operate the robotic cleaner,” he says.

“All of that said, efficiency largely comes down to the pump because that’s where the majority of energy is consumed,” he adds. “The pump runs every day for large portions of the day and can be the second largest consumer of energy on an entire property, next to the HVAC system in the house. There’s always going to be a large percentage of the equipment that function due the flow provided by the pump. That’s where the focus is and there’s been a lot of shift with it by virtue of Energy Star, rebates and certainly the changes in DOE requirements.”

Having been involved in promoting variable-speed pumps from the very start, Stiles recalls how tough it was to sell the concept, at least at first. Ultimately, the concept did take hold, There were a number of factors that contributed to the spread of the technology, chief among them the increasing complexity of pool designs that have expanded to include flow-consuming features like vanishing edges, in-floor cleaning systems, solar heating systems, associated water features and, of course, attached spas.

“Originally the product was created to help the builder because pools are like snowflakes, each one is different. One size does not fit all,” Stiles recalls. “Variable-speed was a great answer to that. The flip side was that people in the industry didn’t really understand cost of ownership. There was a mentality that bigger is better and it only served to the use of pumps that were oversized for the application and wound up costing consumers money.”

Petty adds: “We’ve seen accelerating growth in variable-speed pumps over the last few years because I think we’re becoming more comfortable with the technology and how to use it to maximize savings. That message is coming across. With our involvement in Energy Star along with the rebates, the industry has done a lot collectively to build that confidence among the major segments — service, retail and construction. And there are regional differences, the way they do things in Florida is different than in California.”

Although the market has evolved and expanded exponentially, both Petty and Stiles still see the influence of geography in driving demand, especially due to differences in the cost of energy.

“I lived on the East Coast for a long time in the mid-Atlantic area, and there you have very affordable energy. The demand for variable speed and energy efficiency overall was due largely to the green mentality,” Stiles explains. “On the West Coast where I am now, the cost of everything, from the gas pump to the electricity meter, is so high that saving energy almost becomes a matter of survival. That’s where the technology really first caught on. There was an increased barrier to the market because of the cost, but when you figure out the return on investment, it became a no brainer. It was really the utility companies that pushed the concept with rebates as they were trying to limit the infrastructure needed to provide power to markets with growing demand and increasing populations.”

Looking toward the future and beyond the impact of the new DOE rules, Stiles and Petty project the growth in a systems-based approach to energy efficiency, meaning that the entire system is engineered to maximize efficiency both directly and tangentially.

While variable-speed technology will remain the centerpiece, this broader approach will likely encompass a variety of efficiency measures, including possibly interfacing pool systems with the home’s HVAC systems, and perhaps using solar and heat pump technology.

Tennessee builder Doug Cook, founder of Net Zero Pools, is working to step ahead of that curve by promoting pools that are so efficient, they essentially operate for free or at “net zero” costs.

“These pools aggregate technology and basic engineering and construction practices that complement each other and drive down energy costs,” Cook says. “Every pool is different, every market is different. But in general we’re using solar water heating and photovoltaic power generation, along with geothermal energy and possibly heat pump technology, along with variable-speed pumps and hydraulic designs that enable you to move more water with less energy. In some cases, the pool systems can be integrated with the home’s heating and cooling systems to enhance the efficiency of both the house and the pool.”

While Cook is currently focused on designing pools that by themselves save tremendous sums, both in seasonal and year-round markets, he believes the future of pool efficiency lies in overcoming the disconnect between home builders and pool builders.

“That’s where you can really take efficiency to the next level,” he says. “The fact is, building energy-efficient homes has been around a long time and the technology that makes pools more effi cient has been around for a long time. I believe we’ll see more and more integration with pools and efficiency points within the home. When that happens the pool becomes an asset.”

“We have a lot of very creative builders in our industry,” Stiles adds. “I have a great deal of faith in their ability to innovate and create systems that not only operate more efficiently but also deliver more of the features and experience consumers want. Efficiency is part of that, and going forward I think we’ll see some exciting new ideas in the next couple years.” 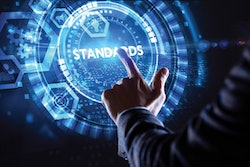 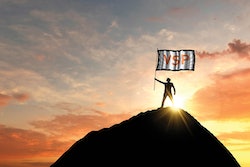 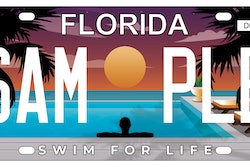 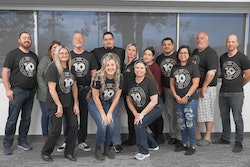 The PHTA International Awards of Excellence highlights the best builders and designers in the pool/spa industry for their remarkable work. We end our coverage of this year's award-winning projects with part two of the Merit winners.
November 15, 2022
Page 1 of 139
Next Page
Content Library
Dig through our best stories from the magazine, all sorted by category for easy surfing.
Read More
Buyer's Guide
Find manufacturers and suppliers in the most extensive searchable database in the industry.
Learn More