I first came to the Atlantic City Pool & Spa Show (now known as simply "The Pool & Spa Show") back in 1991. Candidly speaking, the notion of a show focused on outdoor fun staged in the dead of winter struck me as somewhat ironic.

Yet it’s an event that has also always made perfect sense in its own distinct way. The seasonal nature of the Northeast market means that industry members aren’t busy building, servicing and selling products for pools and spas. And Atlantic City is a huge draw for people in the region looking to mix a little business with pleasure. As a result, the show has always drawn strong and enthusiastic attendance. The aisles are almost always bustling on the show floor and the show’s extensive seminar programs are typically well attended.

Plus, the event carries a panache you can’t find at any other industry trade show. The seaside locale and the historic boardwalk lined with casinos and restaurants offers attendees a wonderful respite from the business at hand.

Altogether, it’s been a formula for enduring success.

This year’s event was no different, delivering the exhibits, education and enjoyment that is pure New Jersey. As is often the case, travel to and from Atlantic City was problematic. The night before the show, a strong storm with high winds and heavy rains blew through the region. In other places, such foul weather may have stymied attendance — but not in A.C. Despite the atmospheric conditions, the Pool & Spa Show opened with the robust crowd exhibitors have come to expect.

For my part, as I strolled the floor and worked the AQUA booth, greeting old friends and meeting new ones, I couldn’t help but think about the people that have made the show what it is. In particular, I badly missed Paulette Pitrak, the longtime executive from the Northeast Pool & Spa Association who passed away late last year. Like many who knew her and enjoyed her warmth and charm, I felt like there was something missing with her absence. I also couldn’t help but think about Joel Caesar, another NESPA executive who was integral in establishing the event. He passed away several years ago, but I could still feel his dynamic presence echoing in the hall.

Both Pitrak and Caesar were industry leaders who understood the needs and nature of the audience. They were brash in a way that perfectly reflected the character, ambition and indeed, the pioneering spirit of the event and the industry it serves.

While the show is tied to its rich tradition, it is also firmly grounded in the present and in many ways sets the stage for the future. One example, “The Wall” a show-sponsored exhibit featuring a series of technical exhibits and presentations, drew strong interest from attendees. Information about hydraulic efficiency, suction entrapment prevention, heating, chemical treatment and grounding/bonding gave attendees an opportunity to elevate their understanding of critical technical issues.

In the seminar rooms, organizers offered a rich array of business, service and builder-related subjects presented by a wide variety of experts. For example, designer/builder Mike Farley saw his session on pool design draw more than 100 eager students to his two-hour session.

Yes, it’s usually cold during the event, but the energy, the hustle and bustle inside the hall burns in a way that in many ways always feels like coming home. The sturdy and intrepid nature of the show’s audience is well served and represented by an event that always manages to come up aces, year in year out. 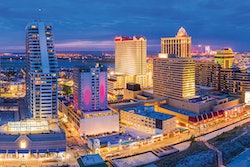 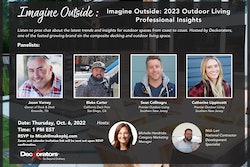 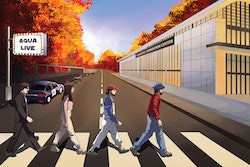 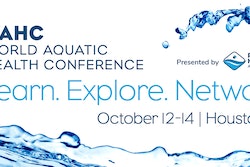 Stankowitz’s keynote, titled “Rise of the Entre-pool-neur,” will highlight how pool professionals can succeed in the face of obstacles.
September 27, 2022

September 20, 2022
Page 1 of 135
Next Page
Buyer's Guide
Find manufacturers and suppliers in the most extensive searchable database in the industry.
Learn More
Content Library
Dig through our best stories from the magazine, all sorted by category for easy surfing.
Read More