Parents Line Up For Swim Lessons

Way back in 2011, I covered a story from India about a public pool that had hundreds of people lining up for memberships. At the time, it seemed like one of those things that would only happen in a country where public facilities, including pools, are in short supply. I never imagined something similar might happen in the U.S.

All these years later, it happened here. Back in October, the Miami Herald reported that parents were lining up as early a 1 a.m. to secure spots for their children in one of the city’s 11 pools that offer swimming lessons.

While the numbers of parents lining up in the wee hours are far smaller than they’d been in India, it’s very telling nonetheless about the importance of aquatic programs in U.S. cities. It’s also notable that it was happening in Miami, a city known for its abundance of pools and overall aquatic lifestyle.

The demand for learn-to-swim programs and the apparent shortage of available slots caught city officials off guard: “I was surprised and upset,” City Commissioner Manolo Reyes told the Herald, “I feel bad that we haven’t provided the facilities for these people to not be in line for five hours.”
Reyes went on to explain that he only learned about the lines when the Herald requested comment. “We need more pools,” he said.

And therein lies the rub. The demand for swimming lessons in Miami is one small indicator of a much larger condition in the United States: We need more pools and people to staff them. Each year, public pools close due to lack of funding for upkeep and upgrades, and we face shortages of lifeguards and swim instructors.

Clearly, the parents in Miami lining up in the middle of the night understand the value of teaching kids to swim. One of the parents, David Winker, said, “[We] parents are fighting like crazy for programs for our kids.” When describing the reason he was so intent on getting his 5-year-old daughter Cristina into a level-one program, he added. “I want to give her the opportunity to do what she wants. It’s an uplifting environment. She sees the older kids swimming their laps, getting awards.”

While we all know the benefits of swim instruction, perhaps there’s no better indication of their value than parents who are willing to lose sleep to make sure their kids have a chance to take part. That appeal, it seems, is universal. 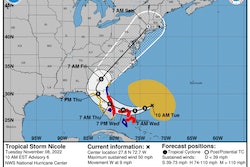 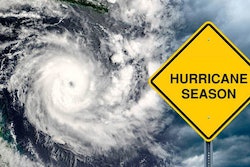 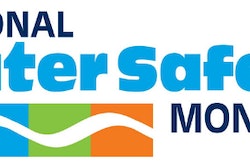 April 19, 2022
Page 1 of 13
Next Page
Content Library
Dig through our best stories from the magazine, all sorted by category for easy surfing.
Read More
Buyer's Guide
Find manufacturers and suppliers in the most extensive searchable database in the industry.
Learn More