PHTA announces the support of the Virginia Graeme Baker Pool & Spa Safety Reauthorization Act of 2022, which was introduced in the U.S. Senate and House of Representatives last week. S. 4296 and H.R. 7787 seek to reauthorize and update 2008 legislation requiring every public pool in the U.S. to install safe drain covers that prevent suction entrapment. The act allocates funding for grants that can be used for swim lessons, enforcing pool and spa safety laws, as well as educating communities about drowning and entrapment dangers. The legislation also expands program eligibility to non-profit organizations and Indian Tribes. If passed, the law would authorize $5 million per year from 2022 to 2027 for use in locations that have enacted a qualifying minimum swimming pool and spa safety laws, such as the International Swimming Pool and Spa Code and ANSI/APSP/ICC-16 American National Standard for Suction Outlet Fitting Assemblies.

“PHTA has always been a vocal leader in advocating for safe aquatic environments — they are absolutely critical to industry," says Sabeena Hickman, PHTA president and CEO. “Not only does this legislation reiterate the requirement for safe and compliant drain covers, it incentivizes state, local, and Tribal jurisdictions to implement and enforce swimming pool and spa safety standards which has been proven to save lives.”

PHTA encourages members and industry advocates to support the reauthorization through social media using #PassVGB and #CurbDrownings, and by contacting their representative with their support of the Virginia Graeme Baker Pool and Spa Safety Reauthorization Act.

The Pool & Hot Tub Alliance announced recently that it is currently developing PHTA-16.  There is a call for participation to serve on the PHTA-16 Standard Writing Committee (SWC), to revise the ANSI/APSP/ICC-16 2017 American National Standard for Suction Outlet Fitting Assemblies (SOFA) for Use in Pools, Spas and Hot Tubs, the Drain Cover Standard referenced in the VGBA and designated as the successor standard by the U.S. Consumer Product Safety Commission (CPSC). After approval by the American National Standards Institute (ANSI), the revised standard will be submitted to the CPSC.

PHTA joins VGBA reauthorization supporters to help prevent drownings and near-drownings in pools and spas by increasing the layers of protection, extending grant program eligibility, and providing funds for education about drowning and entrapment dangers, as well as ensuring that the infrastructure and resources reflect the seriousness of this public health issue. 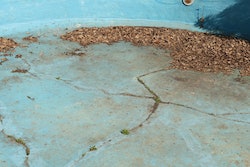 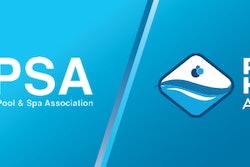 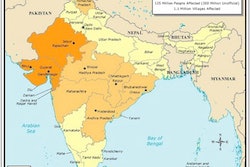 A look at the important new rules surrounding VBGA.
November 2, 2021
Page 1 of 8
Next Page
Buyer's Guide
Find manufacturers and suppliers in the most extensive searchable database in the industry.
Learn More
Content Library
Dig through our best stories from the magazine, all sorted by category for easy surfing.
Read More