Patio Pleasures Shaken by Nearby Explosion

On July 10, a giant gas explosion devastated the quaint midwestern suburb of Sun Prairie, Wis. According to the Associated Press, five buildings were damaged, 11 people were injured and one person was killed.

Just two blocks from the explosion’s epicenter stands Patio Pleasures Pools & Spas. Luckily, the building was empty when the explosion happened because the store closed thirty minutes prior.

“We weren’t affected, but we’re definitely in that area,” says Rene Huston, president of Patio Pleasures.

Huston attempted to return that night to check on the store but was unable to get inside. Authorities evacuated the surrounding neighborhood as energy company WE Energies patched the gas leak, and Patio Pleasures stood just inside the border.

Although Patio Pleasures was able to open the next day, Huston reports slow business.

For almost two days afterward, as technicians from WE Energies patched the source of the gas leak, nearby residents were unable to return to their homes.

Days after the explosion, Patio Pleasures hosted a car wash fundraiser, with proceeds going to the family of Cory Barr, a captain in the Sun Prairie Fire Department and a casualty in the explosion.

“It was unbelievable to see the businesses sending their fleet down to get the fleet washed,” Huston says. “The fire department themselves came and they put some of the ambulances through the car wash.”

The fundraiser raised $2,800 for the Barr Family, and was one of many throughout the community to do so. Local news channel WMTV reported a general rallying of the community, with neighbors checking on neighbors during the evacuation and volunteers redirecting traffic shortly after the explosion.

“In tragedy, it’s amazing what good can come out of it when everybody comes together,” Huston says. 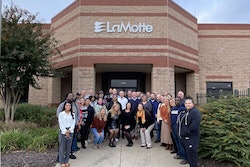 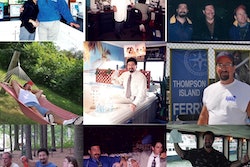 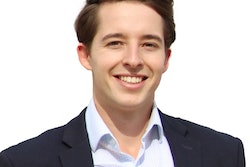 The Pool & Hot Tub Alliance is expanding its technical structure with the formation of a Technical Advisory Council.
November 1, 2022

This program has two tracks: one for executive leaders and a second for emerging leaders.
October 25, 2022

October 3, 2022
Page 1 of 25
Next Page
Buyer's Guide
Find manufacturers and suppliers in the most extensive searchable database in the industry.
Learn More
Content Library
Dig through our best stories from the magazine, all sorted by category for easy surfing.
Read More